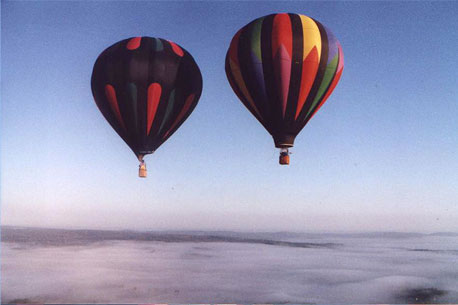 From a hot air balloon pilot and very old friend:


Warms the heart to see this message expressed on a Moscow  streetcar.  Now that’s my kind of flash mob!

Notice the smiles on the faces of the Russian passengers who rarely, if ever, have something to smile about.

Posted by Bonnie Simon at 9:47 AM No comments:

Who Wrote the Story for Maestro Classics' CD Juanita the Spanish Lobster? A Great English Storyteller

More stories by the author of

Many years ago, my husband and I purchased a version of Peter and the Wolf recorded with the Northern Sinfonia, an English orchestra that we hardly knew. The young man who recommended it at Tower Records - remember the days of record stores where there were people who recommended music they really liked???? - said, "You have to buy this, not for Peter but for the story on the flip side of the LP." No hiding my age - that was 25 years ago and son Basil was 5.

We all instantly loved the sassy Juanita, and when we started doing the Stories in Music concerts at the Kennedy Center, Juanita was at the top of the "MUST DO" list.

Juanita the Spanish Lobster was re-recorded on the Maestro Classics recorded with the London Philharmonic Orchestra with Yadu as the narrator. The well-travelled story has gone from LP to CD and now to MP3 downloads. It still is one of my favorites.

In looking for a photo of Johnny Morris for the new iPad compatible booklet for Juanita the Spanish Lobster, I was delighted to discover that some of Johnny Morris's other stories and his recordings of them are available for download purchase via Amazon's website.
Johnny Morris Reads More Bedtime Stories

I highly recommend them and only wish that more of them had been set to music.
Posted by Bonnie Simon at 12:23 PM No comments:

Music and Morals - Music Can Teach You More Than You Think!

Why is Mike Mulligan and His Steam Shovel a Great Story? Because It Has Something Important to Teach Us All...

Sometimes we think that music is just fluff that can fill some time in our children's lives when they are not doing schoolwork or chores. After all, you let them listen while you wash the dishes, vacuum, read online news, or take a moment to read that book that you have been trying to finish for weeks now.

For better or for worse, when you put on a Maestro Classics CD, you will probably find yourself listening as well. You will find Virginia Lee Burton, the author of the classics Mike Mulligan story, telling you that everyone has some artistic talent inside of them, and you will discover from the composer/conductor Stephen Simon what a quodlibet is and discover that you really can hear more inside the music than you thought you could. But when the CD is over, here are a few ways that you can draw the important life lessons from this great story. If you do not own a copy of this classic American children's picture book, find it at your local library or purchase a copy.

Below are some famous quotations and Bible verses that show how you can relate this wonderful story with music to your child's life and to your homeschool curriculum. 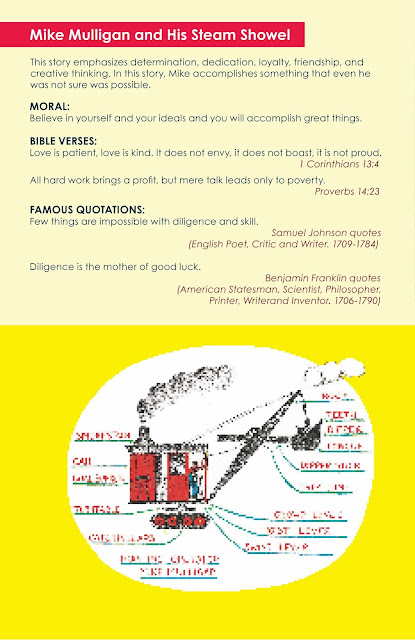 Posted by Bonnie Simon at 3:52 AM No comments:

Musical Thoughts While Awaiting "Turkey on the Beach"

"Turkey on the Beach"

I grew up having very traditional Thanksgivings just outside Princeton, NJ in a 1730 restored Dutch farmhouse. My uncle and aunt came from New York City, my Quaker grandmother from Princeton, was the matriarch, we four children were often relegated to the children's table when more family and friends arrived. There were the usual trappings of turkey, sweet potatoes with marshmallows, turnips because an uncle liked them, creamed onions because I liked them, and on and on. But Thanksgiving also marked the beginning of something else:

Each of us in the family played an instrument. My father, who decided to take up the violin at the age of 26 after getting a PhD from Princeton in English Literature, my mother, who began the cello to compete with my father, my sister, Miss Know-It-All played the piano quite well, I played the violin, because my parents would not let me play the flute - my father liked to buy violins, my brother David, who tried many instruments was relegated to percussion, and my brother Michael, who played the clarinet. Somewhere my father had found an easy set of Christmas carol arrangements for orchestra and soon the music stands were set up in the dining room where the piano lived, the music was handed out, and every night after dinner with had "family orchestra." By the time Christmas came, we were ready to entertain every visitor who came to visit.

Many friends over the years have told me how they enjoyed those holiday Christmas moments and I must confess that I miss that very special part of the year between Thanksgiving and Christmas, particularly as my own children are now grown and living far away. But each family has its own traditions and somehow that Thanksgiving of my childhood morphed into Thanksgivings in Anguilla. We tried it once and then continued to come back to this beautiful beach year after year. We call family on Thanksgiving morning and miss them, telling them that we will be see them all at Christmas. But this year we are only 3, not 4, as we must tell all the islanders who knew and loved Stephen, that he is no longer with us. As we go through this process, we have reflected on what we remember from the many wonderful Thanksgivings that we did have together as a family.

Son Number One ("The Amazing Baz" - see Maestro Classics 'The Soldier's Tale" CD, Track 3) - "I remember practicing the trumpet into a pillow and thinking my eyeballs might blow out!" But what is he doing now? A new duffle had to be purchased to carry the keyboard so that he could practice the piano. Old habits are hard to break, and sometimes that is a very good thing.

Son Number Two, our engineer, is writing code, a bit of homework from CU Boulder. I also remember the homework sessions that accompanied many of these trips.

What am I doing? Looking back and remembering the final off-site preparations for the many "Holiday Spectacular Sing-Along" concerts at the Kennedy Center that Stephen and I produced that always included new arrangements of carols, children's choir, gospel choir, large choral society, The were our version of "family orchestra." More polished and professional, more people (2,650 in the sold-out concert hall), but no less fun. Remembering Santa and Basil as the Elf until he was too big for the Elf suit and took over as the French horm playing Santa. Now, looking forward, I wonder who will be the first person to discover our new Maestro Classics store on Facebook. I am reviewing fingerings on the piano with Basil for F-sharp and C-sharp major scales, because they are somewhere in my muscle memory but I have not thought about them for years. And, of course, sorting files on my computer in response to "Your Start-Up Disk is Almost Full" again. The good part is is that I am re-listening to some of the music on my Mac and came across one of my favorites: Gustav Holst's ("The Planets") two and one-half minutes of total delight.

Posted by Bonnie Simon at 3:57 PM No comments: 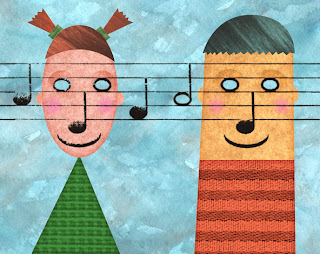 JUST IN CASE YOU HAVE WONDERED WHY YOU ARE SUFFERING INSISTING THAT YOUR CHILD PRACTICE HIS/HER INSTRUMENT - YOU CAN FEEL GOOD KNOWING THAT IT WILL NOT ONLY HELP THEIR READING WHEN THEY ARE YOUNG, BUT IT MAY STILL BE HELPING THEM AS THEY REACH OLD AGE.

From this amazing article from the New York Times:
"“To learn to read, you need to have good working memory, the ability to disambiguate speech sounds, make sound-to-meaning connections,” said Professor Nina Kraus, director of the Auditory Neuroscience Laboratory at Northwestern University. “Each one of these things really seems to be strengthened with active engagement in playing a musical instrument.”

Skill in appreciating the subtle qualities of sound, even against a complicated and noisy background, turns out to be important not just for a child learning to understand speech and written language, but also for an elderly person struggling with hearing loss."
'
Posted by Bonnie Simon at 8:53 PM No comments:

Back online after a very long hiatus.

Many things have happened during 2013. The year began with great plans: the release of No. 11 and No. 12 in the Maestro Classics series of CDs - The Merry Pranks of Master Till (with the great Til Eulenspiegel by Richard Strauss) and The Nutcracker with narration. In addition, my husband, conductor Stephen Simon, with whom I had collaborated for over 20 years, and I were planning the long awaited recording of his many Christmas and Hanukkah arrangements that he created for the annual Holiday Spectacular Sing-Alongs at the Kennedy Center. 2013 began and I said that I felt it would be a very good year.

However, on January 19th, a sparking Saturday morning, I went out to walk our Golden Retriever, Marigold, in Central Park here in New York City, and returned to the apartment less than a hour later to discover that my world had dramatically changed. Stephen had had a catastrophic brain hemorrhage. I called 911 and within an hour was told that things would never be the same. His six sons gathered from across the country, we all said good-bye; he never woke up.

I asked the assistant conductor to conduct his Tuesday concert, the final concert of L'Orchestre des Portes Rouges in New York City, the orchestra that he had started when we returned to New York after 20 years in Washington, DC where we had worked on concerts at the Kennedy Center with the Washington Chamber Symphony. The funeral on that Friday was filled with music, all music that had special significance for him and performed by musicians with whom he was very close. The following Saturday, I asked a colleague to conduct his Simon Sinfonietta concert in Falmouth, MA, re-wrote the program and prepared remarks to announce the conclusion of this much beloved series on Cape Cod. Obituaries in the New York Times, the Washington Post and many other papers followed, Letters flooded in from musicians who over and over said, "I never would have had the career I have had, if Stephen had not given me that opportunity early on." I could only add that in 35 years of marriage, I never once was greeted with anything but cheerfulness. Stephen loved every minute of life right up to the very end.

About a month ago, I was finally able to return to the Maestro Classics office and think about facing what had become our joint brainchild. We always said that it was our gift to the next generation. Now, it is all mine. As I return to the world in suspended disbelief, I am grateful for all the wonderful times that we had and hope the continue the musical tradition that brought so much joy to so many, including ourselves.
Posted by Bonnie Simon at 7:41 PM No comments:

Bonnie Simon
I have taught music, managed a symphony orchestra, and founded Maestro Classics,a record company specializing in music for families. I also have two sons, one who is a musician and another who is an appreciative audience member.